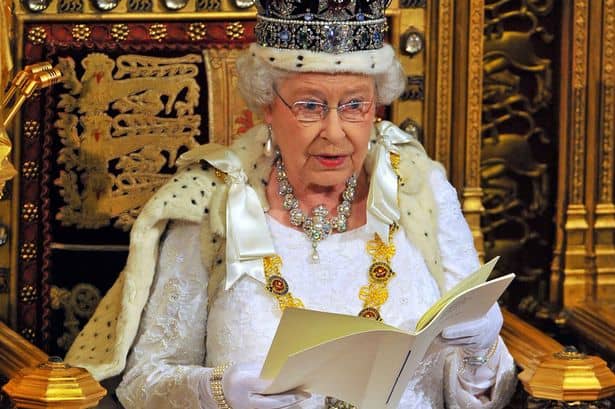 
Mainstream adoption for cryptocurrencies has been significantly growing over the past two years. However, knowledge of digital assets appears to have now reached Buckingham Palace. Changpeng Zhao, the head of top crypto exchange Binance, relished in the news of the Queen’s possible affinity with cryptocurrencies.

How Many BTC Does the Queen Own?

Earlier this morning, Zhao took to Twitter to celebrate the news that Queen Elizabeth II had requested copies of a blockchain journal. The exchange boss shared a link to a Financial Times article, which confirmed that the Queen had received a blockchain-related publication.

Wonder how many #Bitcoin she has.https://t.co/1MlSn16cLm

As the Financial Times article showed, Poppy Whitworth, the Operations Coordinator for the Royal Household, sent a letter of gratitude to the British Blockchain Association for the journal, explaining that the Queen had found it to be an interesting read.

Excited, Zhao wondered aloud how many Bitcoins the Queen currently has. There is no indication that the Queen – or, really, anyone in the Royal Family- has shown an inclination towards owing any cryptocurrencies. However, things like these are fun to think about.

Crypto Knows About the Royal Family

While the Royal Family has not made any public comments to support or bash cryptocurrencies, scammers have been happy to use their names and likeness to promote fraudulent projects. Earlier this year, Mirror reported that a Bitcoin trading scam had used the likeness of the Duke and Duchess of Sussex, Prince Harry, and Meghan Markle, to trick unsuspecting investors.

The news source explained that the scammers had promoted a fake BBC article which featured the royal couple praising the trading scheme. The bogus news piece claimed that the pair had discussed a “wealth loophole” in an interview. They claimed that it could transform anyone into a millionaire in just a few months.

According to the fake article, the couple intended to use the scheme as they stepped back from their roles as senior Royal Family members and become independent. The article goes on to praise Bitcoin Evolution, the famous fraudulent project.

The article also leads potential victims to the scam platform’s website, which features a countdown clock. Looking to build FOMO, the scam had claimed that it would close registration soon due to high demand. The website declared that members could earn at least $1,300 daily while working just about 20 minutes.

Bitcoin Evolution has become notorious in the crypto space., the scam thrives on a bevy of fake celebrity endorsements and FOMO. Asides from the United Kingdom, it has also built a strong base in Australia.

In July, the Australian Securities and Investments Commission (ASIC) issued a warning about the scam, along with several others.

“These websites are advertised using fake celebrity endorsements, which appear on social media sites such as Facebook, Instagram, LinkedIn and Twitter. When an investor clicks on the article or ad, they are often sent to a ‘mirror site’ – a fake version of a legitimate news site such as ABC News,” the release explained.