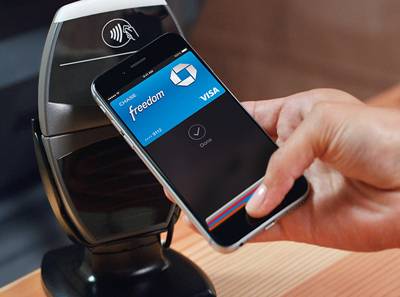 
BitPay stands as a Bitcoin (BTC) payments company, and has recently announced its new support for Apple Pay.

It was just last year when Mastercard and BitPay partnered up to offer a prepaid crypto debit card, converting crypto to fiat as you spend it. However, customers boasting iPhones can now add that card within its Wallet apps.

It should be noted that BitPay itself already boasts a wallet app that achieves the same goal of having fiat funds from converted crypto in order to enact everyday purchases. However, the company is now hoping to provide even greater degrees of flexibility thanks to this new Apple Pay partnership. Bitpay holds support for BTC, BCH, ETH, BUSD and PAX, among many more.

Stephan Pair stands as the CEO of BitPay, and gave the mandatory public statement about the matter at large. In this statement, he assured the public that Samsung and Google phones would see the support for this option be given to their equivalent services, just later this year.

All of this stands as a part of an ongoing effort to turn the cryptocurrencies of the world, but primarily Bitcoin, into a mode of payment that can be universally used. Cryptocurrencies are known for being very difficult to spend by way of actual stores.

BitPay had made an announcement just yesterday, as well. This announcement showed that payment terminals had added some of its crypto services, doing so to over 100,000 stores. This all comes thanks to a company by the name of Poynt.

Another critical event regarding BitPay and Mastercard’s partnership plans being put in place to have its merchants be paid in crypto directly. This would remove the need for fiat settlement, which would help in terms of costs for Mastercard and BitPay. Alongside this, the so-called “Crypto Purists,” those that want to absolve fiat payments altogether, will find joy in this new development, as well.

Time will tell how successful this new partnership with Apple Pay will play out, but Apple as a company seems to be gearing towards entering the crypto space. RBC had recently reported that Apple would provide a wallet for each of the 1.5 billion users of its devices.

With BitPay’s efforts contributing, it seems that the world at large is steadily warming up to the idea of using cryptocurrencies on an everyday basis. Time will tell what will come of it, but it’s clear that crypto is coming to the mainstream eventually.