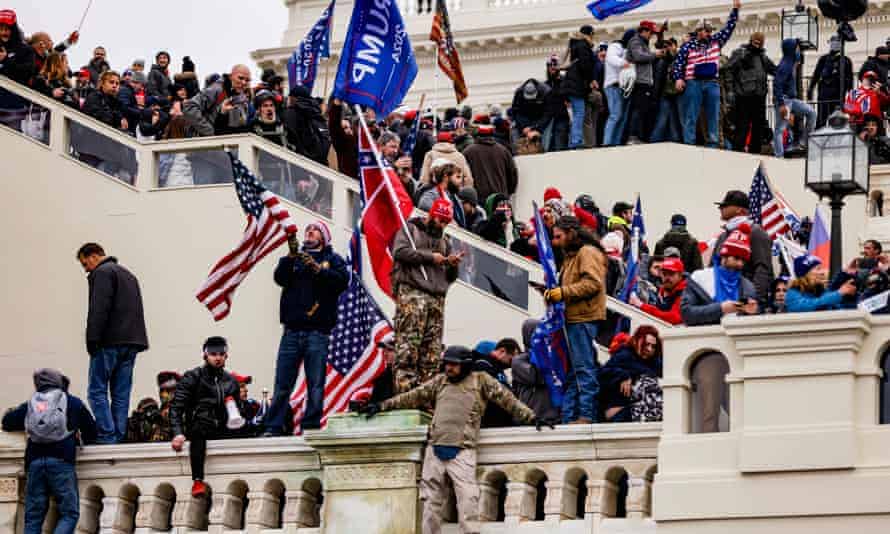 
Terrorist financing has always been one of the primary concerns about cryptocurrency use worldwide. In the wake of what many have called a terrorist attack on the United States, Bitcoin appears to have played a role.

According to a recent report from blockchain forensics company Chainalysis, donors had helped bankroll the recent riots that shook the United States Capitol last week.

Chainalysis’s report confirmed that on December 8, a French-based entity had donated 28.15 BTC (about $522,000 at the time) to several addresses linked to far-right internet personalities and activists.

An additional report from Yahoo! News confirmed that many of these activists had been present at the riots on the United States Capitol on January 6.

Yahoo! News reported that of the 22 addresses that got part of the funds included Nick Fuentes, a white nationalist commentator and podcaster. Daily Stormer, a news source with white supremacist links, was also among the recipients, as was Gab – the free speech-based social media platform credited for the rise of hate speech.

Chaunalysis added that the donor appeared to have committed suicide the day after donating.

A suicide note from the donor read that Western civilization is dying, and that he felt like leaving his wealth with specific causes to ensure that his name lives on following his death.

Federal investigators are still looking to track the donor.

The January 6 riots had come from supporters of outgoing U.S. President Donald Trump. The supporters had been protesting the results of the November General Elections that saw their preferred candidate lose to President-Elect Joe R. Biden.

Following multiple lawsuits and a substantial lack of proof, the Trump campaign had run out of resources to fight Biden’s win.

Trump supporters eventually gathered in Washington on January 6 – the same day that Congress was set to certify Biden’s win officially.

After hours of protests and the death of five people (and counting), the rioters were eventually cleared, and the repercussions have been swift since.

The report of Bitcoin donations to the cause aren’t exactly surprising. Bitcoin holders have been known to support controversial causes in the past, leveraging the asset’s privacy to keep their identities secret.

Last week, Whale Alert noted that crypto donations had been pouring into the legal defense fund of Julian Assange, the founder of the whistleblower site WikiLeaks. In one transaction, someone sent 8.48 BTC – about $280,000 at the time. Another transaction was worth 4.51 BTC ($125,000).

Assange remains in a U.K. prison and is facing charges of violating the 1917 Espionage Act. District Judge Vanessa Baraister ruled against his extradition to the United States last week, citing health issues.