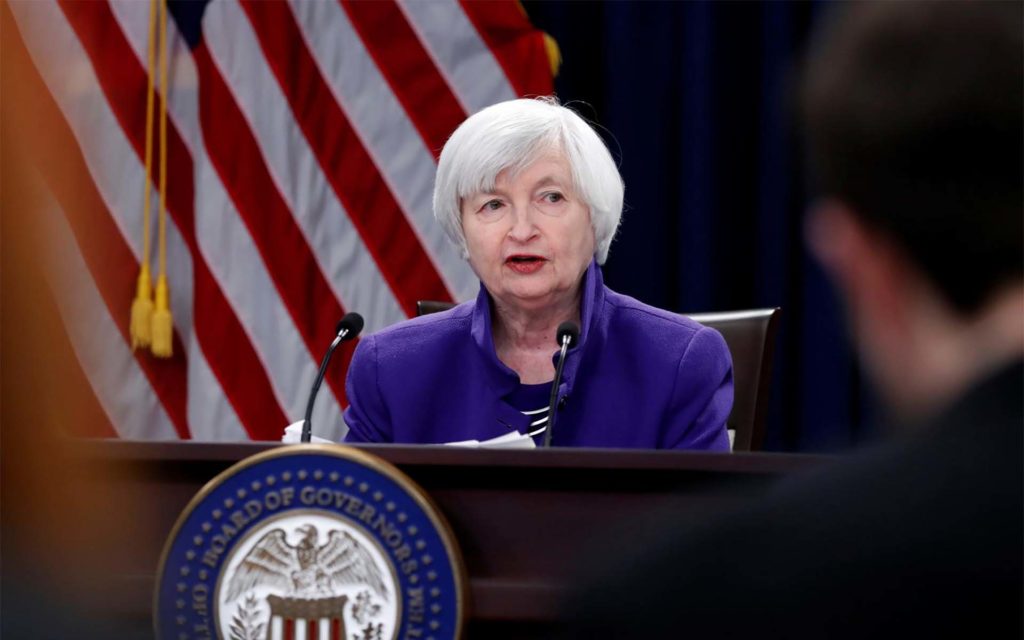 Evolving With the Times

As part of her confirmation process, Janet Yellen, President Biden’s pick for Secretary of the Treasury, recently appeared in a virtual hearing at the United States Capitol. Questions for the Federal Reserve’s former head varied, although she brought up the issue of cryptocurrencies when discussing possible amendments to combating terrorist financing.

Answering New Hampshire Senator Maggie Hassan, Yellen pointed out how she would respond to the growth in usage of “emerging financial technology to fund terrorist organizations worldwide.

In her reply, Yellen explained that cryptocurrencies had become a “growing concern” for terrorist financing, and that it was time for the Treasury Department’s combating methods to evolve with the emergence of new technology.

“Cryptocurrencies are a particular concern. I think many are used at least in a transaction sense mainly for illicit financing and I think we really need to examine ways in which we can curtail their use and make sure that anti-money laundering doesn’t occur through those channels,” Yellen said.

Yellen hasn’t exactly been a fan of cryptocurrencies. Speaking at the 2018 Canada FinTech Forum, the former Federal Reserve Chairperson bashed cryptocurrencies as being “anything but useful.” At the time, the crypto winter was in full force, and the market had just lost a chunk of its value. Yellen went after digital assets for their volatility, explaining that they weren’t useful as currencies or mediums of making transactions.

All Eyes on the Biden Administration

It is unclear whether Yellen has had a radical change in perspective so far. Last month, Nouriel Roubini, a famous Economics professor and crypto basher, said in a Twitter conversation that the policymaker would be unrelenting in her crackdown against the crypto industry.

@jchervinsky : you are delusional. Biden’s team, starting with Yellen who was my boss at CEA, will crack down on this criminal tax evading & AML-KYC-TFC-evading crypto/shitcoins cesspool much more than Mnuchin. Get a life as you have become a crypto hired gun cheerleader/enabler https://t.co/558ziHBUWg

Citing his experience working with Yellen at the Council of Economic Advisers (CEA), Roubini claimed that the incoming Treasury Secretary would go even farther than her predecessor, Steve Mnuchin, in clamping down against the “criminal tax-evading & AML-KYC-TFC-evading crypto/shitcoins cesspool.”

On the flip side, some crypto believers aren’t overly worried. Last month, crypto analyst Max Keiser told Express UK that any stringent moves from the Biden administration would have no effects on the Bitcoin price. As the analyst explained, Bitcoin had attained “escape velocity” from regulators, especially with other countries becoming aware of it,

Keiser added that any stringent regulations from the government would only require the Treasury Department to print more money – a phenomenon which would only increase demand for Bitcoin. With other countries already adopting cryptocurrencies one way or another, American regulators have little to no power to stop this wave.